It was learnt that Susan, who went to the club on Saturday, was allegedly electrocuted by a metal on the floor of the clubhouse. 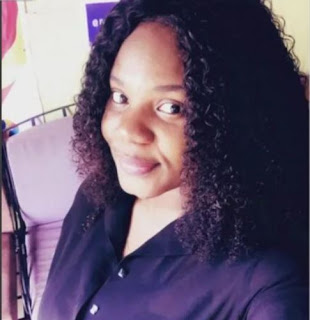 According to a report by SaharaReporters, the middle-aged woman who died at the Hustle and Bustle club in the Aminu Kano Crescent area of Wuse, Abuja has been identified as Susan Oleghe, a shoes’ seller.

SaharaReporters gathered that deceased was the owner of Korporate_Legz, selling online an assortment of footwear, from sandals to designer shoes to men and women.

It was learnt that Susan, who went to the club on Saturday, was allegedly electrocuted by a metal on the floor of the clubhouse.

Hustle and Bustle is a club and restaurant co-owned by a popular socialite, Obi Cubana.

The victim’s brother’s friend, who narrated the incident on his Twitter page @KhalidOshoke, accused the management of the club of not accompanying Susan to the hospital or reporting the incident to the police.

He tweeted, “My friend called me to tell me that his sister died at Hustle and Bustle early this morning. I quickly drove to the premises and I met my friend, friends of the deceased and employees of the Hustle and Bustle at the venue.

“My friend and his people have been at Hustle and Bustle since morning demanding CCTV footage so at least we can know the events that led to her demise. The most astonishing aspect of all this is the fact that the employees keep saying that the manager is the only one with access to the footage and the manager is sleeping.

“My friend’s sister died on the premises and the manager is sleeping; we are still here waiting for him to wake up from his beauty sleep.”

The Twitter user, who later tweeted that the family had been given access to the CCTV footage, noted that the matter had been reported to the police.

“Manager is finally here and we’ve seen the footage and she was obviously electrocuted by one of the metals on the floor.

“We’re all gathered at the police station and the management of Hustle and Bustle sent their facility manager to represent them. Not only did they not report the case, they didn’t accompany the deceased who died on their premises to the hospital. It took the manager seven hours to respond,” he wrote.

Obi Cubana made headlines in July when he hosted an ostentatious burial for his mother in Oba, Anambra State, in which over 200 cows were reportedly killed.

The display of wealth generated controversies with many Nigerians questioning his source of wealth.

Several celebrities, business people and politicians turned out in large numbers for the funeral.

He was recently arrested by the Economic and Financial Crimes Commission over alleged money laundering and tax evasion but was released on bail after three days in detention.