A malware is a generic word used to describe a virus or software, designed specially to “disrupt, damage, or gain unauthorized access to a computer system.”

FluBot is circulated through Short Message Service (SMS) and can snoop “on incoming notifications, initiate calls, read or write SMSes, and transmit the victim’s contact list to its control centre.”

This malware attacks Android devices by pretending to be “FedEx, DHL, Correos, and Chrome applications” and compels unsuspecting users to alter the accessibility configurations on their devices in order to maintain continuous presence on devices.

The new malware undermines the security of devices by copying fake login screens of prominent banks, and the moment the users enter their login details on the fake pages, their data is harvested and transmitted to the malware operators’ control point from where the data is exploited by intercepting banking-related One Time Passwords (OTPs) and replacing the default SMS app on the targeted Android device.

Consequently, it secures admittance into the device through SMS and proceeds to transmit similar messages to other contacts that may be on the device it has attacked enticing them into downloading the fake app.

It suffices to say that, when Flubot infects a device, it can result in incalculable financial losses. Additionally, the malware creates a backdoor which grants access to the user’s device, thus enabling the invader or attacker to perform other criminal actions, including launching other variants of malware.

In view of this discovery and understanding of the process by which this malware operates, and in order to protect millions of telecom consumers and prevent criminal forces, irrespective of location, from using telecom platforms to perpetrate fraud and irredeemable damages, the NCC hereby wishes to reiterate the advisory of ngCERT as follows:

1. Do not click on the link if you receive a suspicious text message, and do not install any app or security update the page asks you to install.

2. Use updated antivirus software that detects and prevents malware infections.

3. Apply critical patches to the system and application.

4. Use strong passwords and enable Two-Factor Authentication (2FA) over logins.

6. If you have been affected by this campaign, you should reset your device to factory mode as soon as possible. This will delete any data on your phone, including personal data.

7. Do not restore from backups created after installing the app. You may contact ngCERT on *incident@cert.gov.ng* for technical assistance.

8. You will also need to change the passwords to all of your online accounts, with urgency, around your online bank accounts.

9. If you have concerns that your accounts may have been accessed by unauthorised people, contact your bank immediately.

As the Commission intensifies efforts in ensuring increased broadband access, enabling telecoms consumers to carry out their legitimate activities more efficiently and effectively online, it also restates its commitment to empowering consumers through useful information and education to protect them from falling victims of all kinds of cyber-attack while online.

This explains the rationale for the launch of telecom sector’s Centre for Computer Security Incident Response by NCC on 30th September, 2021. 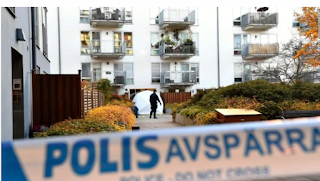 Forensic police work on the site where Swedish rapper Einar was shot, in the Hammarby Sjostad district of Stockholm, on Friday.

One of Sweden’s most popular rappers was shot dead in Stockholm late on Thursday, heightening outrage over gang-related violence that has afflicted the Nordic country in recent years.

Einar, 19, whose real name was Nils Gronberg, was killed in the upmarket Stockholm suburb of Hammarby Sjostad, and no arrests had been made so far. In a previous incident last year, Einar was abducted and assaulted by rival rappers.

“A young life has been extinguished, and I understand that he meant a lot to many young people. It is tragic,” Prime Minister Stefan Lofven told TT, Sweden’s national news agency.

Gronberg, who made his debut at 16, issued four albums, had tens of millions of streams on music platforms and won several Swedish Grammys and other awards. 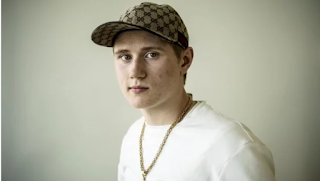 Nils Gronberg, aka Einar, photographed during a photoshoot in Stockholm, Sweden, on July 11, 2019.

Last year, he was kidnapped and beaten up by rival rappers with ties to a Stockholm crime gang. Several people, including Yasin Byn, another of Sweden’s most successful rappers, were given prison terms for their role in the kidnapping.

Johan Forsell, law and order spokesperson for the main Moderates opposition party, said it was time to put an end to gang violence in Sweden.

“The limits of what can be accepted in a civilized country have been passed a very long time ago,” he wrote on Twitter. “We need action not words to turn the tide and get Sweden in order.”

About 25 persons are reported to have been burnt in the Rumuekpe community in the Emohua Local Government Area of Rivers State following a fire outbreak from an illegal local refinery popularly known as Kpofire. 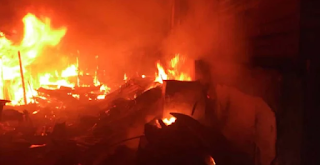 The incident took place on Thursday, according to eyewitnesses.

The fire broke out after a pipe exploded at the site of the illegal refinery.

The leader of a local vigilante group in the area, Frank Nwazimutor who confirmed the incident, however, said he counted only four dead bodies from his own village alone, saying that more persons than estimated may have been affected by the fire.

According to him “about 22 people were there but not all of them were burnt to death”.

He said the community has remained calm but that tension is high in the forest where the fire broke out.

The vigilante leader however blamed the increasing practice of illegal refineries on lack of employment opportunities.

The Rivers State Police Command is yet to react to the incident.