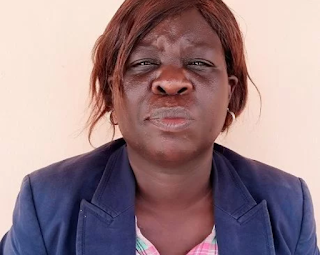 former staff of First Bank of Nigeria Limited, Oreoluwa Adesakin, has been handed a cumulative 98 years in prison by Justice Muniru Olagunju of Oyo High Court for fraud.

Adesakin, female, was found to have committed financial fraud against her employers to the tune of N49,320,652.32 and an additional $368,203.00 belonging to the bank, which she converted to personal use.

The convict was prosecuted by the Ibadan Zonal Office of the Economic and Financial Crimes Commission (EFCC) on 14-count charges bordering on stealing, forgery, and fraudulent accounting.

One of the charges read: “That you Oreoluwa Adesakin sometime between the months of May 2013 and November 2013, at Ibadan within the Ibadan Judicial Division, whilst being a staff of First Bank PLC stole the sum of N25,974,116.13 from First Bank PLC MoneyGram Payment Naira Account, the property of First bank PLC.”

She pleaded not guilty to all the charges, which necessitated her trial.

The judge noted the EFCC amassed a pool of incontrovertible evidence against the convict and did a diligent investigation and prosecution.

He pronounced Adesakin guilty of all the charges, sentencing her to seven years in prison without an option of fine on each of the 14 counts, which will run concurrently.

Apart from the jail term, the convict is also to restitute the First Bank, through the EFCC, all the money she stole.