MORE...
According to a report by Fulani media news, a fake Army officer captain has been apprehended in the capital city of Kano.

Investigations reveal that the fake soldier is a kidnapper parading around in the city bullying the locals until after reports and the subsequent arrest found to be a fake military officer carrying arms and ammunition in the hijacked car he is cruising around with.

Unknown to the civilians take pride in snapping pictures and selfies with the criminal that He is not a genuine soldier but a dare devil kidnappers kingpin.

In a recent development, The Kano state commissioner called on all residents to be very vigilante and also report any criminal activities to the nearest police station.

May God Continue to expose the culprits and any criminals disguising under being as security agents in this country. 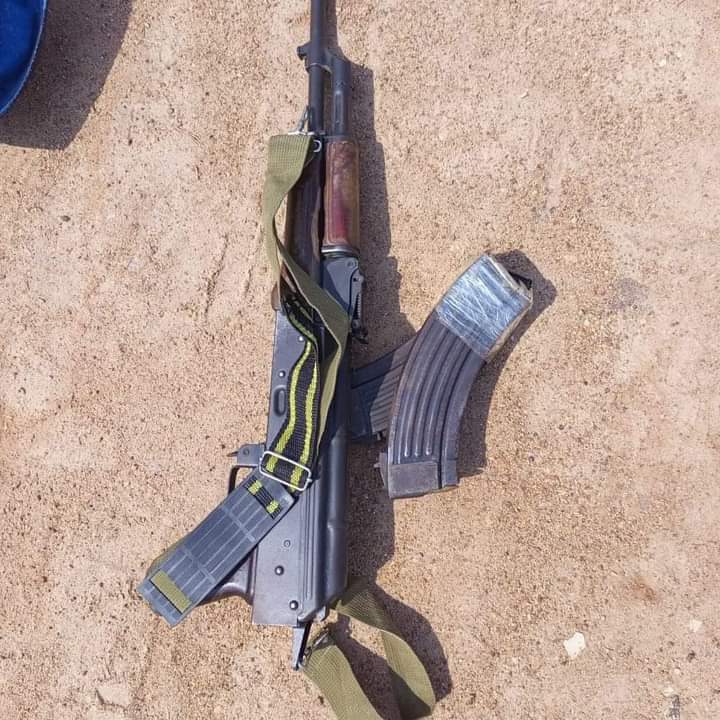 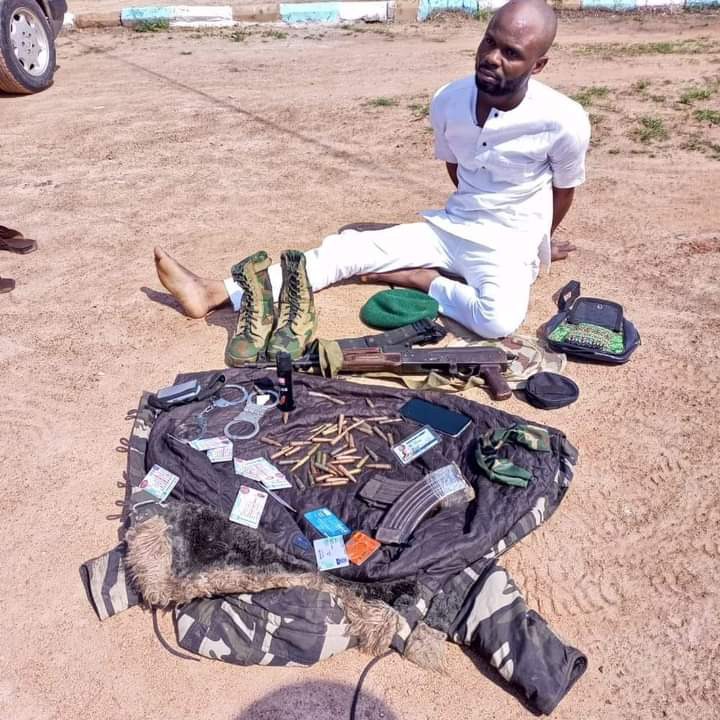 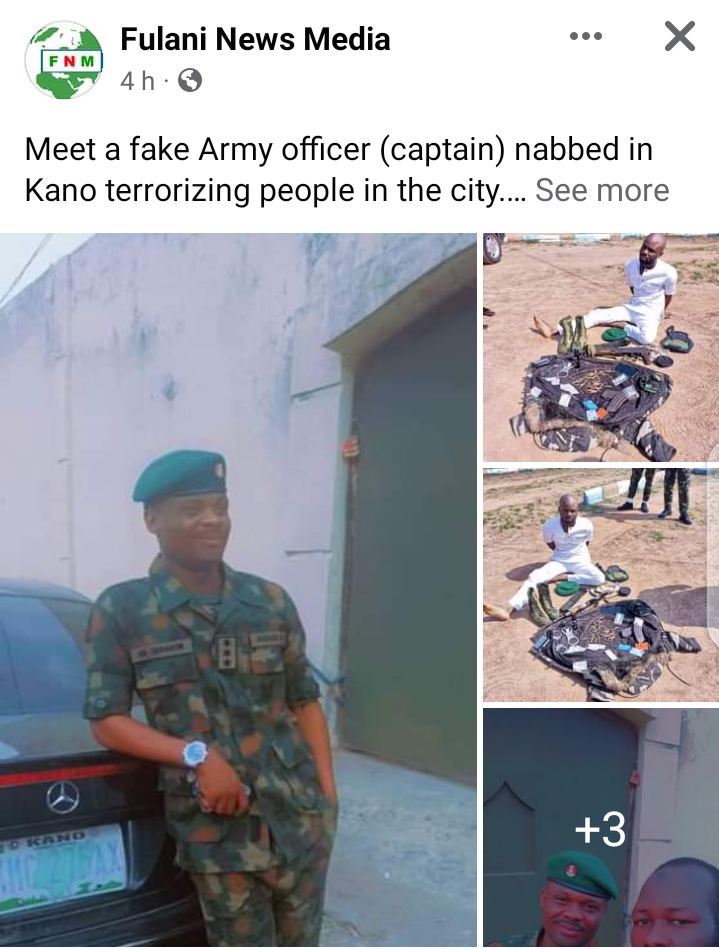 Source: This news was published by the Facebook handle of Fulani news media and other social media platforms.